Coaching with the Brain in Mind – Podcast #78

Have you ever heard of Christian Mindfulness? Whether you have or haven’t, today’s podcast is packed with insights that will impact your personal life, how you lead, and your coaching practice. The cutting-edge field of brain science, applied to life & leadership coaching, will boost your effectiveness in all areas of your life! 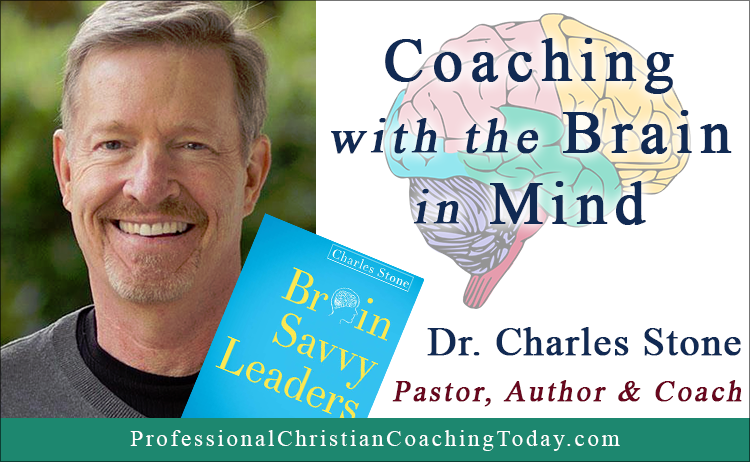 Tune in to grasp a greater understanding of how neuroscience can help you and your clients:

Charles has served 36 years in ministry, 24 of those as a senior pastor. Over half of those years he served in churches with over 1,000 attenders. He currently pastors West Park Church in London, Ontario, Canada. He founded StoneWell Ministries to serve pastors and churches at large through coaching and consulting.

He has spoken to over 1,200 ministry leaders nationally and globally at pastors’ conferences.

Charles and his wife Sherryl have been married for 36 years and have three children: Heather (34), Joshua (32) and Tiffany (29).

Over 30 of his articles and book reviews have been printed including several in leading church and ministry magazines such as Leadership Journal, Called Magazine (for women in ministry), YouthWorker Journal, REV, OnMission, New Man, Seek, The War Cry, Living with Teenagers, and In Touch (Charles Stanley’s magazine).

His blogs have regularly appeared on these sites: Pastors.com, SermonCentral.com, ChurchCentral.com, and Churchleaders.com. Ed Stetzer, Ron Edmondson, and other leadership bloggers have also featured Charles’s writing. He contributed one chapter to the book Encounters with God (Family Christian Stores, 2004) and The Spirit of Christmas (St. Martin’s Press, 2011) compiled by Cecil Murphy.

He has written 4 books:

5 Ministry Killers and How to Defeat Them (Bethany House 2010)

People-Pleasing Pastors: Avoiding the Pitfalls of Approval-Motivated Leadership Published in January, 2014 by InterVarsity Press. Outreach, Inc. named it a 12th Annual Outreach Resource of the Year Recommendation in the leadership category

Brain-Savvy Leaders: The Science of Significant Ministry recently released in May, 2015 by Abingdon Press

Charles blogs twice each week on leadership and his blog garnered approximately 60,000 unique visitors and over 210,000 page views during the last 12 months. His Twitter followers exceed 18,000 and his blog email list + RSS feed includes over 2,500 subscribers. He also has over 4,400 Facebook followers and over 1,000 LinkedIn followers.

You are invited to join our FREE monthly, interactive video call to connect with other Christian coaches for spiritual, personal, and professional development.