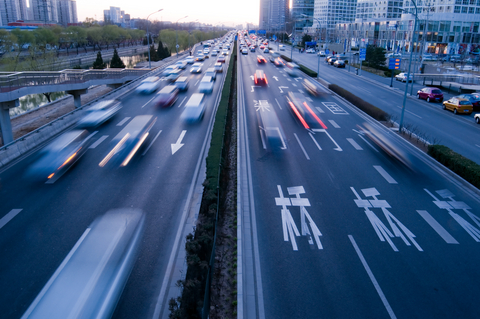 PAAARRRRP! “Wow, that was close! What’s a truck that size doing in the fast lane anyway? Doesn’t he know I’m trying to cross the road here?” I am beginning to wonder why I chose this spot to get to the other side; there just didn’t seem anywhere quieter and waiting any longer for a gap in the traffic would have wasted precious time – and made me late for the first appointment with my new Client.

The Client is Waiting…

I can visualise my Client sitting at the corner table in Starbucks just across the busy road, waiting expectantly for the coaching experience which will transform all those problems to opportunities. Checking the clock above the counter and beginning to wonder if I really said eleven-thirty, or was it noon? It’s a well-known fact that coaches are infallible and always show up a few minutes early, either waiting around the corner or by the telephone. The Client learns quickly, so the coach can’t possibly be late. Perhaps we were supposed to meet at noon after all?

Meantime, part-way across the road I see this huge biker type marching toward me complete with worn leathers, no-nonsense tattoos and muscles like Atlas; this guy means Trouble. I see my terrified reflection in the aviator shades clamped to his shaved head. He’s so close I can smell the leather which creaks as he bellows over the traffic, “Need some help, buddy?”

“Er, yes” I stammered, not quite believing this guy could be interested enough to get involved. As he grabs me by the arm I still don’t know if he is going to land me one or if he is the caring sort. Strange how we often don’t recognise help when it comes camouflaged as a threat.

It must have taken me ages to get as far as I had, making painfully slow progress on my own. But no sooner did I wonder at the way he marched in front of skidding vans – knowing just where the gaps were opening up to so we could walk straight across – that we were on the other side. 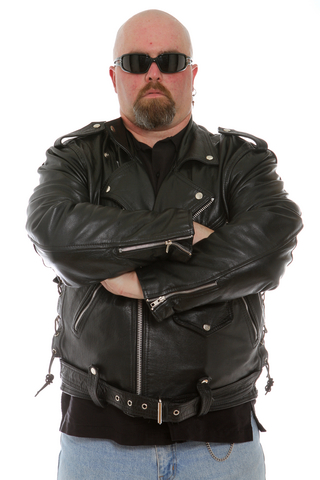 I thanked him profusely, sure that he had other things to do, but he said, “Mind if I stick around? I’m really interested in your coaching.” Well, I’m a real sucker for anyone who says they are interested in coaching; it’s quite a passion of mine. As he bought the coffees I wondered how the Client would respond to a third person sitting in on the session, but I needn’t have worried. The Client didn’t seem to notice the biker as we sat together like old friends. Even the occasional creak of leather didn’t shift the focus from the Client’s agenda.

He sat across the table as I coached the Client that morning, nodding and encouraging the two of us. Several times I caught myself thinking that it was his coaching and I was the observer. Something about him just being there was quite inspiring; giving me a confidence I hadn’t known before. What if every session could be like this!

The experience of who he was as he helped me across the road was a perfect metaphor for his presence and involvement now, just like that time when Jesus turned up unexpectedly when the guys had been straining at the oars for hours. Like me they didn’t recognise the help at first, but when they welcomed him into the boat they were immediately at their destination, ready for Jesus to teach again in the morning. When the crisis was over Jesus was still there, getting involved in the next opportunity. Turns out they were on his mission all the time.

We often don’t recognise Jesus in the challenges of our business or professional lives, but instead experience the fear and limitations of going it alone. As you read the account from John 6:18-21 ask the Holy Spirit to show you what you aren’t seeing:

A strong wind was blowing and the waters grew rough. When they had rowed three or three and a half miles, they saw Jesus approaching the boat, walking on the water; and they were terrified. But he said to them, “It is I; don’t be afraid.” Then they were willing to take him into the boat, and immediately the boat reached the shore where they were heading.

Unlike my imaginary biker, Jesus is not a product of my imagination – he is very real. Where might you be seeing a threat instead of recognising that Jesus is real for you? What does the analogy of the boat mean for you? Is progress slow because your strength is not equal to the challenge?

Welcome Jesus into your coaching, your business, your professional life. He will lead you through any crisis. But just like the biker, he doesn’t just help us in the situations where we are stuck and then disappear.