If you haven’t tried a coach approach to your leadership, you’re missing a key opportunity to focus on serving instead of selling, and getting buy in from your team and your clients. We’ll share how superior performance is learned by leaders developing leaders, instead of spending thousands of dollars on courses and conferences. We’ll also provide insights that are integral as you implement a coach approach to servant leadership: 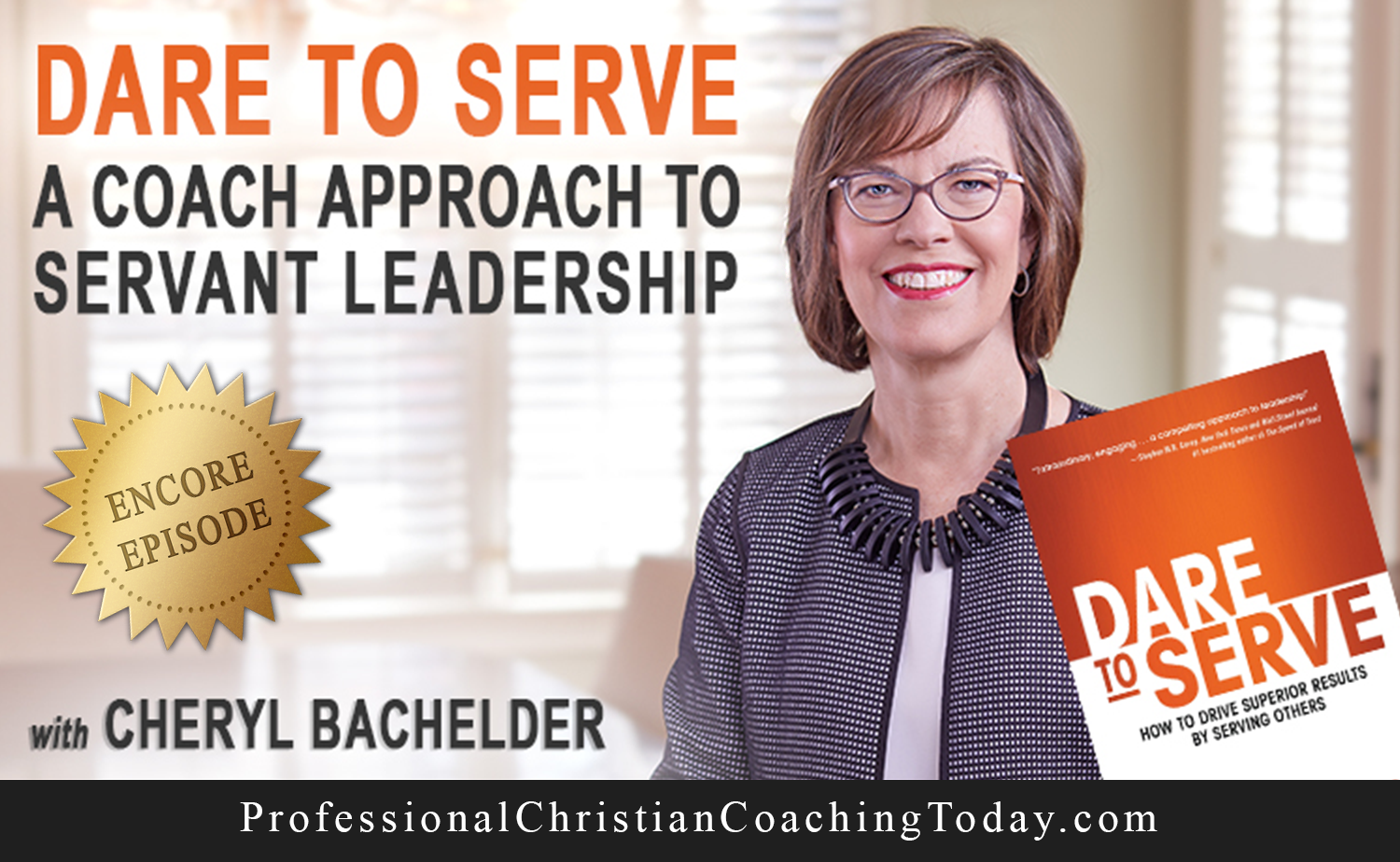 Cheryl A. Bachelder is a passionate restaurant industry executive and former CEO of Popeyes® Louisiana Kitchen, Inc. Cheryl is known for her crisp strategic thinking, franchisee-focused approach, superior financial performance and the development of outstanding leaders and teams.

Cheryl joined Popeyes, Louisiana Kitchen, Inc., in November 2007, after serving as an active member of the Board for a year. She brought more than 35 years of experience in brand building, operations, and public-company management at companies like Yum Brands, Domino’s Pizza, RJR Nabisco, The Gillette Company, and The Procter & Gamble Company.

At Popeyes, Cheryl promptly established a Road Map for Results. This strategic framework led to market share gains of eight points, improved guest ratings, and increased restaurant margins (400 basis points in seven years). The improvement in restaurant performance led franchisees to remodel the system and accelerate new unit growth both in the U.S. and abroad. In eight years, the enterprise market cap grew from less than $300 million to over $1.3 billion. At fiscal year-end 2015, Popeyes’ system-wide revenues were $3.1 billion. These revenues were generated by over 2,539 restaurants operated by 360 franchisees and more than 60,000 restaurant employees in the United States, three territories, and 27 foreign countries.

Ms. Bachelder created a culture based on the Popeyes Purpose: to inspire servant leaders to achieve superior results. This purpose was expressed in the six principles of how they worked together. The Popeyes team focus was to serve the franchise owners well; together they pursued a bold ambition for the enterprise. This produced exceptional performance results. In March 2015, Ms. Bachelder published a book chronicling the tenets of the Popeyes turnaround, entitled Dare to Serve, Second Edition – How to drive superior results by serving others.

Prior to serving as Popeyes CEO, Ms. Bachelder revitalized brand performance in both retail and consumer goods companies. She was president and chief concept officer for KFC Corporate (2001-2003), creating growth plans for the U.S. business in collaboration with the franchise owners. From 1995 – 2000, Ms. Bachelder served as vice president of marketing and product development for Domino’s Pizza, Inc. She was the brand architect responsible for contemporizing the restaurant chain’s image and launching the innovative Heatwave bag which improved product quality and drove strong same-store sales growth for five consecutive years across 5,400 units. Prior to her restaurant experience, Ms. Bachelder served as general manager of the LifeSavers Division of RJR Nabisco. Her early career years included brand management roles at The Gillette Company and The Procter & Gamble Company.

In September 2015, Cheryl was awarded The Norman Brinker Award from Nation’s Restaurant News. She has been profiled in the Wall Street Journal and the New York Times, and was named by CNBC’s Jim Cramer as one of his “21 Bankable CEOs” for 2014. In 2012, she was recognized as “Leader of the Year” by the Women’s Foodservice Forum, and received the Silver Plate Award from the International Foodservice Manufacturers Association.

You can find out more about Cheryl Bachelder at her website: https://cherylbachelder.com/