Excellence wins: an interview with Horst Schultze is a conversation you truly can’t afford to miss. We’ll unpack how and why excellence wins. Listen as both a business owner and a skilled coach explains how it’s not about tasks but tapping into your being and purpose. You’ll uncover valuable principles that will enable you to help raise up a powerful culture and absolutely change the world. 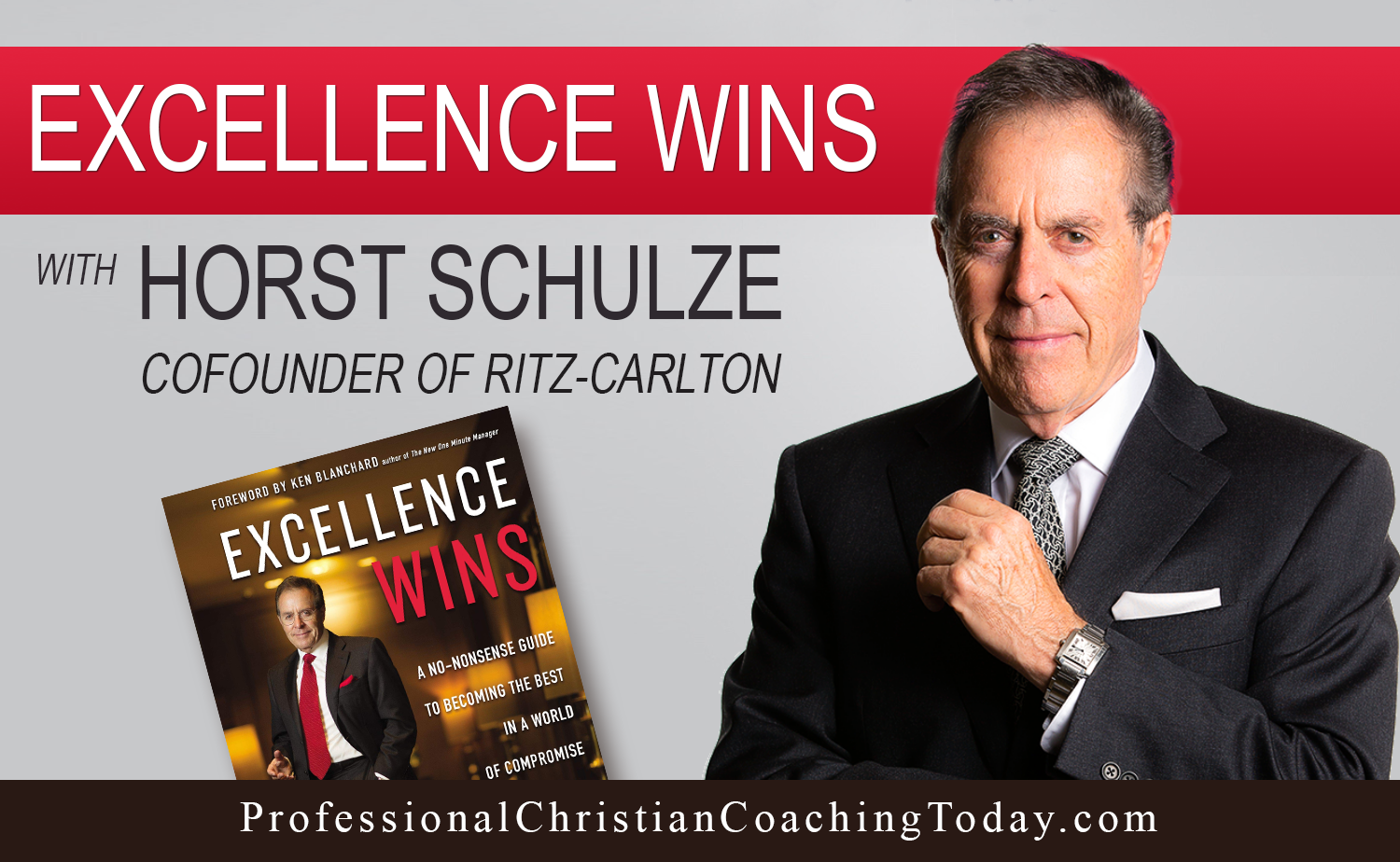 A legend and leader in the hotel world, Horst Schulze’s teachings and vision have reshaped the concepts of service and hospitality across industries.

Mr. Schulze’s professional life began more than 65 years ago as a server’s assistant in a German resort town. Throughout the years he worked for both Hilton Hotels and Hyatt Hotels Corporation before becoming one of the founding members of The Ritz Carlton Hotel Company in 1983. There Mr. Schulze created the operating and service standards that have become world famous.

During his tenure at The Ritz Carlton, Mr. Schulze served as President and COO responsible for the $2 billion operations worldwide. It was under his leadership that The Ritz Carlton Hotel Company was awarded the prestigious Malcolm Baldrige National Quality Award- twice- making it the first and only hotel company to ever win even one.

In 1991, Mr. Schulze was recognized as “corporate hotelier of the world” by HOTELS Magazine. In 1995, he was awarded the Ishikawa Medal for his personal contributions to the quality movement. In 1999, Johnson & Wales University gave him an honorary Doctor of Business Administration degree in Hospitality Management. Most recently, Mr. Schulze has been honored as a “Leader in Luxury” by Travel Agent Magazine and its sister publicationLuxury Travel Advisor.

After leaving The Ritz Carlton Hotel Company, Mr. Schulze went onto found The Capella Hotel Group. This luxury hotel company managed some of the most elite properties worldwide, and gave Mr. Schulze the opportunity to further define the luxury hotel industry, receiving countless awards and recognitions.

Today, Mr. Schulze serves on various boards and acts as a consultant across industries. He is currently completing his seminal book on creating excellence.